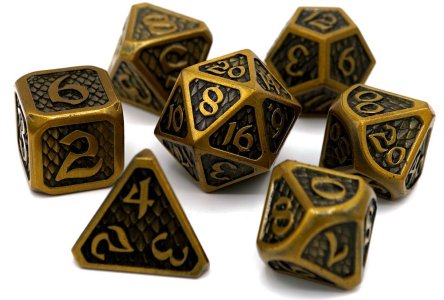 
"Electrum dragons value their solitude. They're secretive and mysterious due to being hunted for their golden scales, which scintillate with arcane power. Unlike chromatic dragons, which hunt for malevolent sport, electrum dragons are watchers, carefully observing trespassers before choosing to act. The Alydian Dragonflight consisted entirely of electrum dragons and safeguarded the northern sapphire spires against the hordes of the sorcerer-kings during the second age. Sighting one now is a rare thing - and considered an immeasurably good omen."