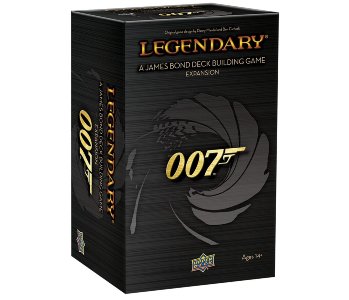 
This is the first expansion for Legendary: 007 - A James Bond Deck Building Game. It introduces two more classic Bond films, On Her Majesty’s Secret Service and Licence To Kill. You will face a challenging mix of villains and missions from the movies, as you are tasked with defeating the evil mastermind before they are able to complete their evil scheme. The cards in this expansion closely follow the storylines of these two fantastic Bond films. Just like the core set, you must defeat the villains before they can escape and complete the missions before the danger level rises too high. Like Bond you must be ready, because you can count on a few unexpected twists along the way.