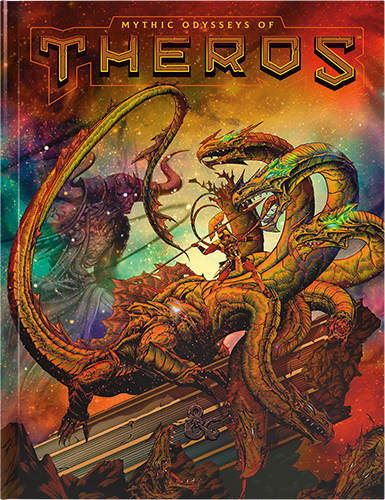 "What legends will you challenge—mighty heroes, inevitable prophecies, or titans imprisoned by the gods? Where will destiny and immortal schemes lead you? And what tales will you leave behind, celebrated in the pantheon of myths and writ among the eternal stars?

"An alternative cover with a distinctive design and soft-touch finish is available exclusively in game stores!"